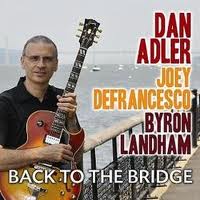 Dan Adler: Back To The Bridge

Israeli-born, New York City-based guitarist Dan Adler more than hits his stride with this latest organ trio outing. Ably partnered up with Hammond B-3 titan Joey DeFrancesco and drummer Byron Landham (more on him in a minute), he shines on this 65-minute, 10-track workout, covering wide stylistic territory, encompassing four originals, five standards and an adaptation of an older Israeli folk tune.

Listening them dissect classics like Oscar peterson's The Smudge, and Clifford Brown's Joy Spring, its easy to get the impression that the three have been jamming and even performing for years. In fact, while Landham and De Francesco are well acquainted, Adler is ironically the "third man" in this group. Landham, in particular, burns comet-like through most of the selections, simmering when needs be, only to explode again at a perfectly timed decisive moment. His dexterous brushwork also gels perfectly with and Adler’s clean, deft picking and fluid chordal streams. Of course, there's the 'incomparable' comping of Joey D, again perfectly in sync with the two cohorts.

Adler's strength is his ability to veer from the wry affability of “Between Jobs,”  to the intense melancholy of the exodus ballad “Yatsanu At,” without losing credibility.


With this kind of start, this is a combo that music lovers could be seeing and hearing a lot more of. 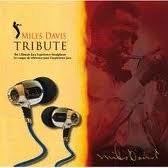 Its sweep and cinematic majesty have inspired writer, actors, directors and, of course musicians, since it was first released a half-century ago. Now, Miles Davis and Gil Evans' epochal collaboration has been lovingly recalibrated. At the jazz church, St. Peter's Church, NYC, Steven Richman conducted the masterpiece Sketches of Spain, with renowned jazz trumpeter Lew Soloff, who played with Miles and was soloist with Gil Evans and his orchestra. This historic event was attended by Anita Evans, Gil Evans' wife, as well as their son, Noah, as well as uber-producer George Avakian, who was behind the boards on the original.


But so much for the biographical stuff. The sound is what we're really after and right from the very first note, its evident that the Harmonie Ensemble of NY, are equal to the weight of tradtion and jazz iconography. Under Richman's direction, Rodrigo's Concierto de Aranjuez pulls you into a vortex of intensity and alternately soaring and cascading notes (and spaces) that 12 miutes pretty much go by before you even blink.


Its a suitably grand start, but this renewal of Sketches doesn't let up. All through the repertoire, the orchestra maintains its commitment to serious, but not stuffy musicianship. Yes, the pace is leisurely, but deceptively so.


Sketches of Spain will lull you - but in a very good way - to a state to which you'll want to return.


Tom Culver - I Remember you: The Music of Johnny Mercer


While the lounge balladeer is not the ubiquitous staple that he may have been even 40 years ago, several exemplars still sustain and even extend the tradition, and Tom Culver certainly belongs in that elite.


This Mercer tribute is, at 18 tracks, fairly extensive, and Culver, enlisting a host of musical collaborators,  does a fantastic job with updated arrangements of Mercer's classics. Most notable among them are 'Skylark" "Midnight sun" And "Fools Rush In"


Culver applies his honest, unfussy sonorities to the task and also has a hand in determining the musical arrangements. The sonic palette is surprisingly rich, encompassing bossa nova, conventional swing and various pop stylings, but never losing the feel for Mercer's sense of wonder and wit.


I Remember You is that rare tribute project that does both its subject and its performer proud. 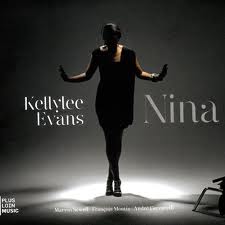 Even in the jazz/improvised genre, there's such a wide array of product (especially in the tribute bracket) that its a special thrill to put on a record and get the kind of immediate visceral pleasure as that provided by bassist Francois Moutin on "Feeling Good" (the fifth track on this spirited and unselfconscious collection of Nina Simone gems).


While he shines throughout the disc, its not Moutin's name on the front cover, nor is  he alone in the service of Canadian vocalist Kellylee Evans. Since earning a runner-up spot in the Thelonious Monk Jazz Compettion, Evans has been building a solid body of work.


On this, her third outing, she has brought in the fine guitarist Marvin Sewell and drummer Andre Ceccarelli to join Moutin in helping to dissect, reassemble and put her own stylishly sultry stamp on the Simone catalog.


Other standouts include "I Ain't Got No...I Got Life" the unabashedly sensual "Wild Is the Wind" and the poignant "I Loves You Porgy" the lead off in a two-song suite of short ballads (less than 3 minutes) about midway through the disc. (the other is 'July Tree").


Smart, but not too polished, energetically performed, but never out of control, Nina serves, for this writer as a welcome intro to a an artist (Evans) that we seriously anticipate hearing more from.
Posted by Michael A. D. Edwards at 9:25 PM No comments:

back for the 1st Time: AAJ redesigns

All About Jazz, 9-time winner of the Jazz Journalist Association award for “Best Website Covering Jazz," has officially relaunched its website with a sharper, easier to navigate design.

Readers who visited All About Jazz over the last three weeks observed the transformation firsthand, as upgrades were implemented on a daily basis. “It's a much cleaner interface and it's more robust. We made significant changes to the home page, and removing the left panel really opened up the design possibilities," said Michael Ricci, All About Jazz's founder, publisher and website designer. “There's a lot under AAJ's 'hood,' and the sheer size of the site makes it a challenge to present, but we feel the new design does a good job of balancing form and function. We also upgraded our article page, our news page, our musician page, our calendar page, our photo gallery... we made a point of upgrading or retooling every page from the very top to the very bottom. And we were able to reduce the height of the home page by nearly 1,500 pixels without sacrificing content or ads."

In conjunction with the new look, All About Jazz has launched a handy new toolbar that appears at the bottom of every page. In addition to providing convenient access to content, the toolbar allows AAJ to broadcast important messages to its readers.

Ricci adds, “The purpose of the redesign was to modernize the appearance and bring new technologies to the site that would improve navigation and raise the awareness of our calendar of events and our photo gallery. And with more features coming, we needed the additional flexibility to accommodate expansion. It's hard to believe it's been 15 years, but All About Jazz continually embraces new technologies and always finds ways to reinvent itself. There's nothing like it on the jazz web."
Posted by Michael A. D. Edwards at 7:23 AM No comments:

Tomorrow night, the Festival’s opening Gala Jazz Voice puts the art of song in the spotlight. Guy Barker leads some of the world’s most distinctive jazz voices through timeless classics such as Frank Sinatra’s That’s Life, Dionne Warwick’s Walk on By, and Etta James’ At Last, in a sparkling evening that tells many stories, finds some surprising musical highways and byways, and above all celebrates the expressive richness of the human voice. This year’s concert will be hosted by actor Dougray Scott, known for films such as Mission Impossible II, Ever After and Enigma. We’ve just added Hamish Stuart to the stellar line-up of vocalists, which includes Jacqui Dankworth, Georgie Fame, Noel McKoy China Moses, Gretchen Parlato, Charlie Wood and Nikki Yanofsky, plus special guests to be announced on the night.
On Saturday afternoon, join us at the Queen Elizabeth Hall in a tasty fusion of food and music, as gourmet chef Ivan Vautier creates a meal in front of the audience, echoed by the music of saxophonist Andy Sheppard and percussionist Michele Rabbia. Andy Sheppard goes on to perform with his group Movements in Colour at the Rose Theatre in Kingston that evening.
On Saturday night, tickets for both Brad Mehldau and Esperanza Spalding are completely sold out. If you’ve missed your chance to see Esperanza this time, you can catch her next April, as she returns to play a one-off UK concert at the Barbican. Over at the Royal Festival Hall, there are a handful of choir seats left for Herbie Hancock. Herbie plays a second show on Sunday. There are some seats available at £45, and we’ve just released some extra seats at £35.
Catch Grammy-nominated Terence Blanchard and Blue Note pianist Robert Glasper at the Barbican on Sunday night – tickets for this are selling fast. Fellow Blue Note artist Jason Moran pops back to London after a sell-out show at Ronnie Scott’s last week (read 4* review here) as a member of Charles Lloyd’s brilliant quartet a couple of days later. The roll call of pianists continues with Latin jazz hero Chucho Valdes, stunning virtuoso Martial Solal – limited tickets left - and straight-ahead jazz pianist with no holds barred, Jeremy Monteiro.
If you’re here to see the vocal greats, you can catch Miles Davis’ muse, Juliette Greco, the peerless Cleo Laine, who returns to the Barbican after a show-stopping performance back in July and, from the next generation, rising star Nikki Yanofsky, who plays a sold out show at the Purcell Room. If you didn’t manage to get your tickets in time, don’t fret - Nikki will be back in January, to play the Queen Elizabeth Hall.
If you’re looking for something a little bit different, look out for Hidden Orchestra, who bring deep and soulful grooves to the Queen Elizabeth Hall, to open for Murcof and Francesco Tristano; a boundary-smashing blend of electronics, jazz and baroque.
Looking to learn a little bit more about the music? Look out for Way Into the Way Out - a concise history of jazz according to Shabaka Hutchings and Soweto Kinch, two of the hippest artists on the scene. Follow our Hear Me Talkin’ To Ya pre-concert talk series, and our new strand in this year’s Festival - An audience with – which gives you the rare chance to meet some of this year’s Festival artists in an intimate setting, as they take you through some of their techniques, speak about their careers to date, and answer your questions.
Here’s a list of shows that are sold out, and selling fast:
Sold out:
Hugh Masekela, Royal Festival Hall
Paco De Lucia, Royal Festival Hall
Esperanza Spalding, Queen Elizabeth Hall
Palle Mikkelborg & Marilyn Mazur, Purcell Room
Marilyn Mazur, Jazz for Kids, Purcell Room
Nikki Yanofsky, Purcell Room
Polar Bear, Westminster Reference Library
Ian Shaw & Juliet Roberts, 606
Sonny Rollins, Barbican
AfroCubism, Barbican
Chris Potter, Ronnie Scotts
Natalie Williams: Big Sing, Barbican
Brad Mehldau, Barbican
Nearing sell out:
Herbie Hancock, Royal Festival Hall
Billy Jenkins & the BBC Big Band
The Benny Goodman Quartet and Beyond, Purcell Room
Strayhorn the Songwriter, Purcell Room
Ute Lemper, Queen Elizabeth Hall
Brass Jaw Workshop, Blue Room, Spirit Level at Royal Festival Hall
Arun Ghosh Workshop, Blue Room, Spirit Level at Royal Festival Hall
John Etheridge, Artsdepot
Posted by Michael A. D. Edwards at 1:24 PM 1 comment: 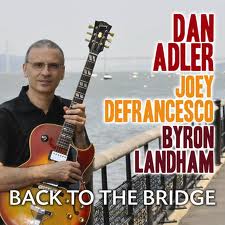