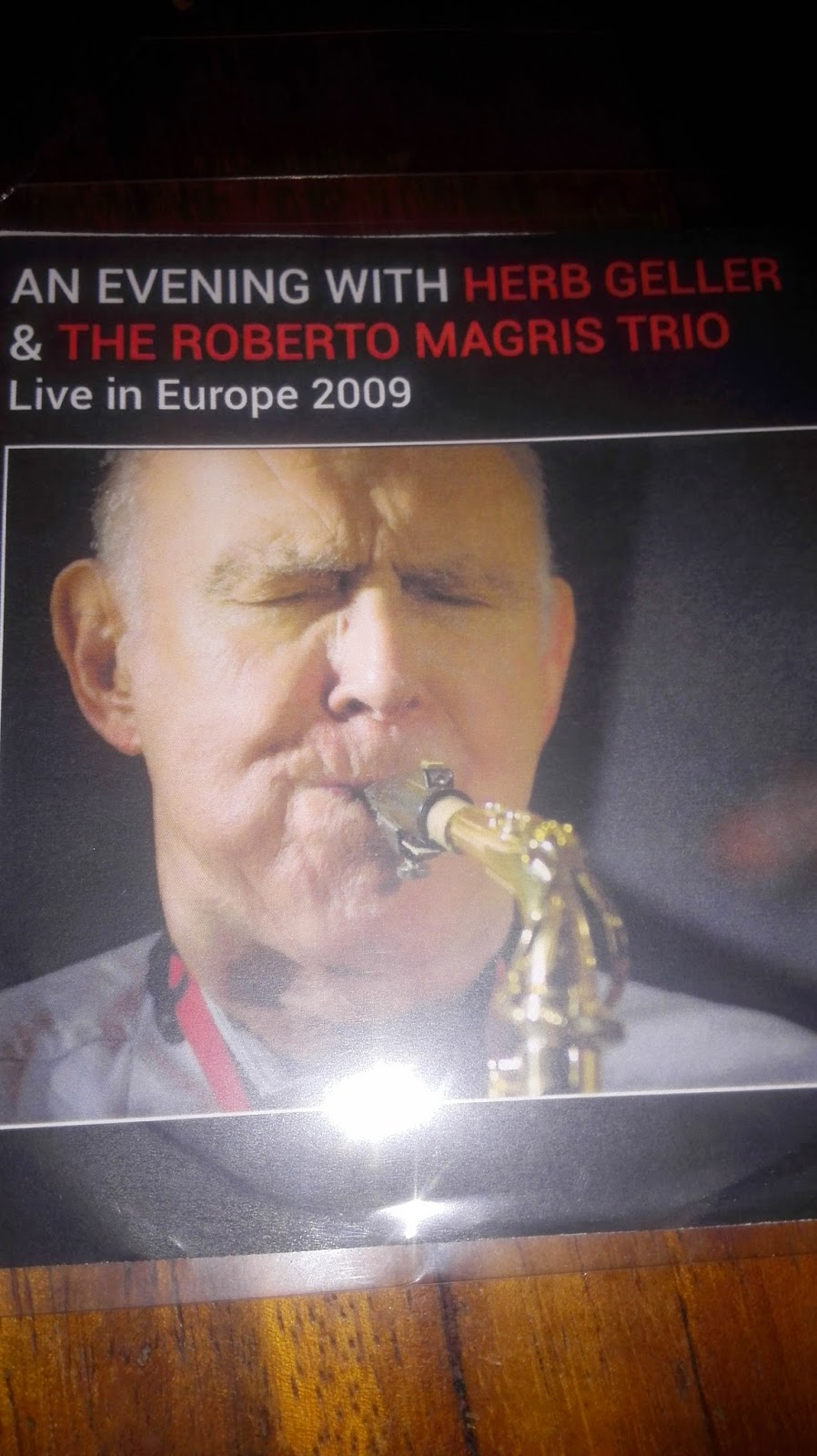 It was inevitable that we'd hear more from the meeting between pianist Roberto Magris and the late Herb Geller - the first recorded collaboration was 2009's "Il Bello Di Jazz" on Soul Note.

Now, through his American-based label JMood Records, the ever-resourceful Magris has released a continuation of that delightful output

American-born and coming of age just at the time when bebop  was reaching its peak, Geller not only beat the "Bird trap"(he admits to being influenced, but not a copy of, alto sax great Benny Carter) but also, partly by virtue of moving to Germany, managed to developed a wholly personal sound not beholden to any of the US titans who would star on the alto horn during the post-War period


Its a sinuous yet sturdy sound, neatly modulated, but without being clinical, essentially capable of anything  Magris' lush, ebullient yet  similarly well-ordered pianisms

The supporting cast definitely makes their presence felt on this record, especially drummer Enzo Carpentieri who alternate scorches and soothes with tremendous gusto throughout the disc. Prie examples: the Zoot Sims classic, "The Red Door"  and a staple pf the Basie Orchestra "9:20 Special"


The high point comes fairly early on with "Lonely Woman" (the Benny Carter tune, not the Ornette Coleman nor the Horace Silver tunes of the same title), although the Sondheim piece, "Pretty Woman", which closes the disc also comes close in terms of effect.

I guess one can never underestimate the power of a woman to move the energies of men.

Whatever their muse, this is a first-class session that only stands as a worthy tribute to an unsung jazz titan, but pretty much makes a statement on its own musical merits. If you want jazz that stirs, seduces, skips and kicks in equal good measure, this is your ticket.